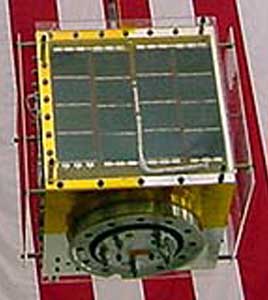 The mission of the FalconSat-2 will be to measure space plasma phenomena that are known to adversely affect space-based communication, such as the Global Positioning Satellite (GPS), and other civil and military communications.

Originally planned to be deployed from a Shuttle mission, it has been moved to a dedicated launch on the maiden flight of the Falcon-1 rocket. Due to a launch vehicle failure, the satellite was destroyed a few seconds after launch.