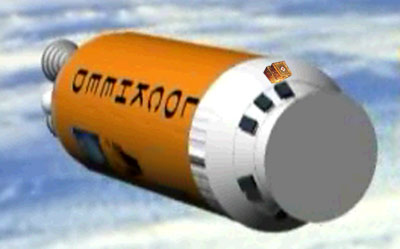 Falcon Gold was an US Air Force Academy experiment to demonstrate use of GPS navigation in orbits above the GPS constellation.

The instrument package was bolted to the Centaur-2A stage of an Atlas-2A, which launched the DSCS-3 B13 satellite on 25 October 1997. The Centaur was completely inert during Falcon-Gold operations. All systems operated nominally during the successful mission until primary battery power on the spacecraft was depleted. Data was received fom 3 November to 9 November 1997.