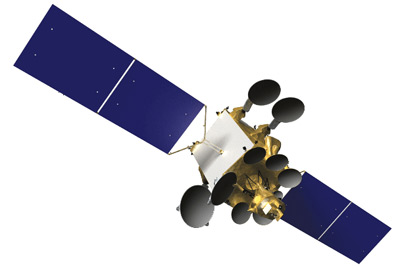 Spacecom, the AMOS satellites operator, announced in 2007 that it has signed an agreement to build and launch AMOS-4, the newest addition to the AMOS constellation, with Israel Aerospace Industries (IAI). IAI constructed the satellite for approximately US $365 million.

Spacecom daid US $100 million for AMOS-4, with a US $22.5 million first payment in January 2010 and a $6.25 million final payment upon the satellite's delivery. The Israeli government will pay Spacecom US $265 million generated from a pre-launch deal to supply it with services on AMOS-4 over the satellite's full 12 year life span.

The satellite's weight at launch was approximately 3.4 tons. AMOS 4 carries a large number of transponders in high power Ka and Ku bands. AMOS-4, located around the 64ºE to 76ºE orbital slot, broadens the range of markets Spacecom can reach and the number of potential clients the company can serve. Spacecom's current constellation includes AMOS 1 and AMOS 2 operating at 4ºW, an orbital position it will share with AMOS 3. When AMOS-4 comes online, Spacecom will reach close to 80% of the world's population.

AMOS-4 was originally considered a candidate for Spacecom's yet unassigned launch contract on a SpaceX Falcon-9 launch vehicle. The satellite was later assigned to a Zenit-3SLB rocket and was finally launched in August 2013.