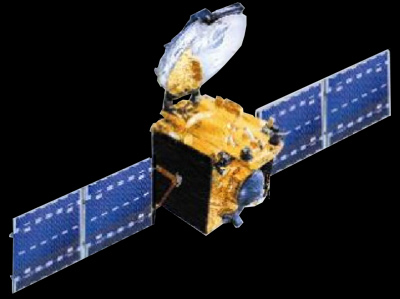 AMOS 2 (Affordable Modular Optimized Satellite) represents the second generation of communications satellites built by Israel Aircraft Industries (IAI). Its predecessor, AMOS 1, was launched in 1996. AMOS 2, which weighs 1.4 tons, will cover the entire Middle East and Europe, and will be able to transmit higher-powered broadcasts than the one-ton AMOS 1. The new satellite, like its predecessor, will be positioned 36,000 kilometers above the earth, and it will lie close to AMOS 1, so that the two can share a single space antenna.

The Spacecom-owned AMOS 2 will provide communications services to television networks in Israel, Europe and the United States. According to Spacecom CEO David Pollack, the company has already signed contracts for about 70 percent of the satellite's broadcast capacity - a noteworthy achievement when compared to AMOS 1, which did not have a single customer at the time it was launched. AMOS 2's customers will include the Israeli government, the Yes satellite television company, the Israel Broadcasting Authority, Gilat Satellite Networks, Germany's RTL television station and the American cable television station HBO. The latter will broadcast to six countries in Europe via AMOS 2.

AMOS 2 covers the US, which AMOS 1 didn't. In professional jargon, this is called an Atlantic bridge. All the customers who positioned antennas to receive AMOS 1 will receive service from AMOS 2. The number of transponders is 50% more than the AMOS 1. AMOS 2 has 22 active 36-Mhz segments, while AMOS 1 has 14. Not only can AMOS 2 serve more transponders, but the transponders are more powerful: 76 Watts per transponder, compared with 33 Watts per transponder with AMOS 1. That has enabled to expand the European coverage very significantly, to the Ural mountains in the east, London in the west, Balkans in the south and better coverage of the Persian Gulf countries.

Spacecom, a joint venture between IAI, Eurocom, Mer Services Group and General Satellite Services Co., invested some $130 million in AMOS 2, including $70 million to build the satellite, $35 million for the launch and $25 million for insurance. Once the launch has been successfully completed, Spacecom intends to start raising the $160 million needed to build AMOS 3. The goal is to launch AMOS 3, which will weigh two tons, by 2007, so that it will ready to replace AMOS 1, which is due to cease operations in 2008.

AMOS 2 was originally supposed to be launched by the French launcher Ariane, as AMOS 1 was. However, the French sold the launch slot to another customer, due to what it claimed were delays in the satellite's production. After IAI threatened a lawsuit, Ariane arranged the alternative launch on the Soyuz-FG Fregat, which is made by a company jointly owned by Ariane.