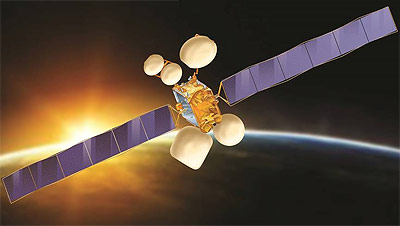 Spacecom, the AMOS satellites operator, announced in June 2012 that it has signed a $195 million contract to build AMOS-6, the newest addition to the AMOS constellation, with Israel Aerospace Industries (IAI).

AMOS-6 was to provide steerable Ku-band with Pan-European and Middle East coverage, and a Ka-band beam for broadband services with coverage in Africa and Europe. The communications payload was built by Canadian-based company MacDonald, Dettwiler and Associates Ltd. (MDA).

AMOS-6 was to replace the aging AMOS-2 satellite at 4° west longitude, Spacecom's core orbital slot. AMOS-2 is scheduled to be retired in 2017.

AMOS 6 was destroyed on 1 September 2016, two days before the planned launch, during an launch vehicle explosion during a static fire test, when the Falcon-9 v1.2 rocket blew up on the pad. Spacecom announced, that a replacement is to be built, while for the interim, the complete Ku-band capacity of AsiaSat 8 was leased for four years as AMOS 7. The full replacement AMOS 8 will be available in 2020.

Although the initial contract to build AMOS 8 was won by SSL, the contract was soon after halted and instead IAI was selected to provide AMOS 8, although at a much higher price with state subventions, to preserve IAI's capability to build geostationary satellites.