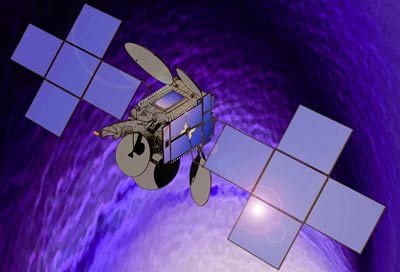 Estrela do Sul (Telstar 14) is a communications satellite operated by Loral Skynet do Brazil, which offers its customers coverage throughout Latin America with connectivity into North America.

The high-powered SSL-1300 series satellite carries 36 active Ku-band transponders, with two spot beams, providing a dedicated Ku-band solution for the Brazilian marketplace. Estrela do Sul is was launched in early 2004 on a Zenit-3SL (2) (originally planned to be launched on a Delta-4M+(4,2)).

Estrela do Sul 1 failed to deploy one of the solar panels. It remains unclear, if the panels can finaly be deployed, but the satellite entered service with reduced capacity (17 transponders) with the jammed panel.