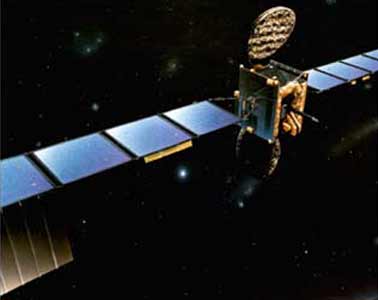 The Orion 1 telecommunications satellite, launched in November 1994, was the first purchase of a European satellite by a US-based company. Its 34 Ku-band transponders serve Europe, the United States to the Rocky Mountains and parts of Canada and Mexico, providing video for broadcast and business television, high-speed Internet access and multimedia services, broadband and data networking. The Orion 1 satellite is equipped with many features which were innovative at the time of its launch and are now to be found as standard on many modern spacecraft: all-solid state power amplifier payload, dual 2.3m kevlar-moulded gridded shaped reflectors with both single and multiple feed horns and hinge deployment and trimming mechanisms for 2º of movement throughout the life of the satellite. In 1998, Orion Network Systems, Inc., the operator, was acquired by Loral and the satellite integrated into their fleet, operated by Loral Skynet, under the new name Telstar 11.

As prime contractor, Astrium supplied both the platform (based on the Eurostar-2000 version of the company's Eurostar series) and the payload.

A second satellite named Orion 2 identical to Orion 1 was originally ordered, but cancelled in 1993. An improved Orion 2 was ordered instead, which was also cancelled and sold to Eutelsat.