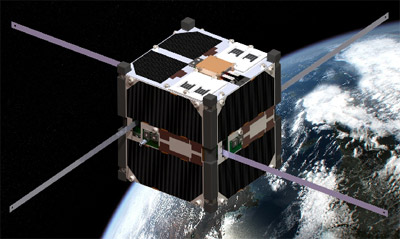 SOMP (Student's Oxygen Measurement Project) is a student picosat project of the Techniche Universität Dresden. It is built to the 1U-CubeSat) form factor.

The goal of the project is to measure atomic oxygen of the upper atmosphere, test flexible solar cells and to test the TUD developed Cubesat bus.

SOMP carries the FIPEX (Flux-Φ-Probe Experiment) sensor, which is the prototype of one of the sensors for the QB50 project.

The next FIPEX flew on the QB50 prototype satellite QB50P2. Later a large number of QB50 satellites, among them SOMP-2, carried operational FIPEX sensors.