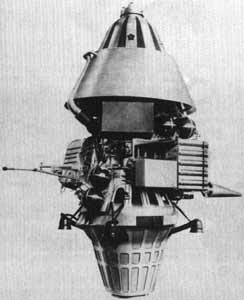 Luna Ye-6LS was series of lunar orbiters built to test tracking and communications networks for the Soviet crewed lunar program.

The Ye-6LS were likely base on the Luna Ye-6LF type lunar orbiters. Instead of the scientific instrumentation, they carried payloads to provide data for studies of the interaction of the earth and lunar masses, the lunar gravitational field, the propagation and stability of radio communications to the spacecraft at different orbital positions, solar charged particles and cosmic rays, and the motion of the Moon.

The first spacecraft, Ye-6LS №111 was intentional launched as Kosmos 159 into a highly elliptic earth orbit.

The second, Ye-6LS №112, was intended as a lunar orbite, but was lost during a launch failure, as the stage 3 engines gas generator exhibited an excessive fuel consumption due to a defective valve.