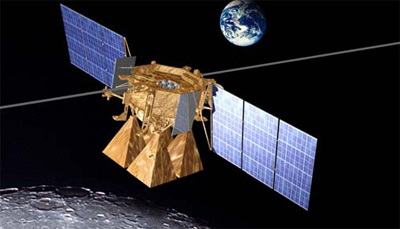 The Russian mission Luna-Glob was to be the next russian lunar mission after a many year-long hiatus.

The mission was to deploy four high speed penetrators, left over from the cancelled Japanese Lunar-A project, as well as a small polar lander.

After orbit insertion Luna-Glob was to first deploy the polar lander, which was to make a powered soft landing. Then four penetrators were to be deployed, each making a hard impact on different parts of the moon. After deploying the landing payloads, the orbiter was to unfurl the lightshades of the LORD instruments.

The orbiter was to carry the LORD astronomy payload designed to study ultra-high-energy cosmic rays. The device would capture elementary particles with enormous speed and energy. Under normal circumstances, such a particle can not be caught by any devices, since they can easily pass through layers of any substance. The LORD instrument was to detect those particles of superhigh energies, which are slowed down by passing through the moon.

During development, the focus of the misson was changed and it was changed to the Luna Glob lander.