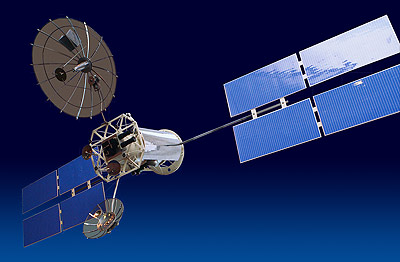 A second satellite, Gelios 12L, was destroyed in an fire at Baikonur in January 1995 and never repaired or replaced.

After a long hiatus, the Luch series was eventually continued with the launch of Luch 5A in 2011.