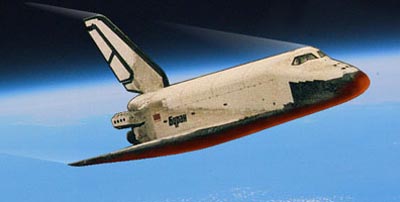 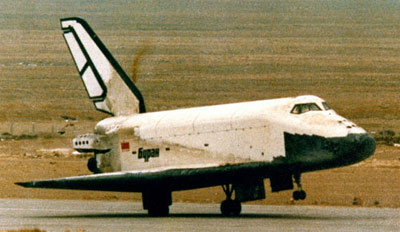 Buran (VKK, Vozdushno Kosmicheskiy Korabl) was the soviet equivalent ot the US Space Shuttle. Similar in design and function, it differed in several points: Buran did not have its own main engines and was therefore a payload of the Energiya rocket rather than a part of the launch system. Buran was also designed to be operated uncrewed, which was demonstrated during its first and only spaceflight.

Five spacegoing orbiters were to be built, with the first two initally not capable of crewed flight. The name "Ptichka" sometimes reported for the second vehicle was only an inofficial nickname for the Buran shuttle.

In the final phases of the program, the second orbiter was to be modified for crewed flight.

To see the crew lists of the atmospheric glide flights, go to the mission listing.