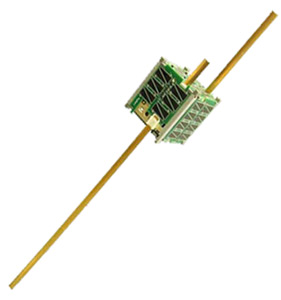 KySat-1, the first satellite ever built in Kentucky, is a cube shaped picosat-class CubeSat satellite powered by solar energy, weighs 1 kg and measures 10 cm on a side.

Once KySat's on-board computers would have confirmed its release into orbit, Kentucky Space ground controllers in Kentucky would have operated the satellite for the duration of its expected 18-24 month mission. After proper operation was confirmed, KySat-1 was to be made available to K-12 students throughout Kentucky, and the world, to allow them to issue select commands to the satellite and download the data received.

KySat-2 was built by Kentucky Space, a consortium consisting of University of Kentucky and Morehead State University.

A reflight of an improved version as KySat-2 is planned for 2013.