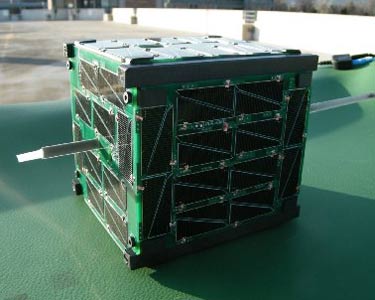 Hermes plans to improve CubeSat communications through the on-orbit testing of a high data-rate communication system that will allow the downlink of large quantities of data, making CubeSat imaging or high-data quantity science easily feasible.

Another objective of the project is to create a reproducible and extensible spacecraft bus in the support of future missions. This will allow future CoSGC CubeSat teams to focus more on the science aspects of low-earth orbit spaceflight, rather than the logistics of designing a spacecraft.

Similarly, the final specified mission objective is to characterize the typical CubeSat environment. This will occur through the gathering of temperature and magnetic field data throughout the flight.

The launch under the ELanA-1 mission on a Taurus-3110 failed on 4 March 2011 when the payload fairing did not separate.

NASA offered an opportunity for a reflight of a Hermes 2, but it was not taken up.