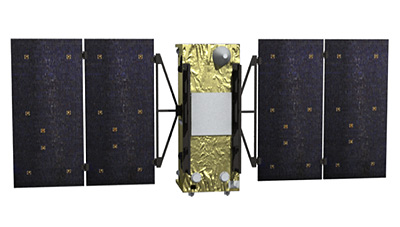 HEAD or Hede are Chinese commercial satellites by HEAD Aerospace for their Skywalker constellation to provide data collection services and to track ships receiving their AIS (Automated Identification System) signals.

The three-axis stabilized satellites are built by SAST (Shanghai Academy of Spaceflight Technology) and features an high performance AIS-receiver being able to process 2 million AIS short messages per 24 hours and to identify 60000 ships. Future satellites will feature VEDS and ADS-B payloads for global ship detection and airplane monitoring services.

The Skywalker constellation is planned to consist of 48 satellite. 12 of them are to be in Sun-synchronous orbits, while the remainig 36 will form a Walker-δ constellation with 6 different orbital planes in 700 km 50° LEO with an orbit phase difference of 60°.

HEAD 1 was launched as a piggy-back payload on a CZ-4C sharing the ride with the main passenger FY 3D.