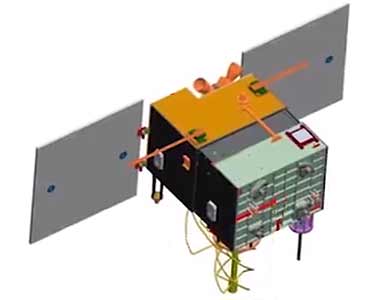 Tianqi 8 was launched in December 2020 as a co-passenger on the maiden CZ-8 rocket. It is larger than the earlier Cubesat based Tianqi satellites.