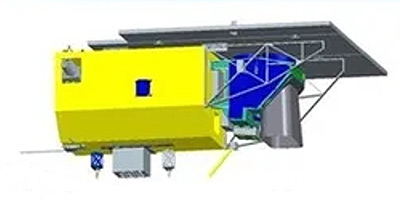 The satellite features a wide-angle camera and will be responsible for identifying and monitoring mobile objects on the sea, especially ships. Also an AIS receiver to track ships is on board.

The Hainan-1 satellites were originally planned to be launched on a Jielong-1 rocket, but due to mass issues they were switched to a ride-share launch on a CZ-8 (2).