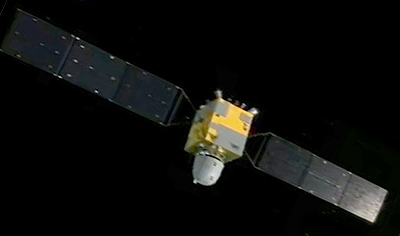 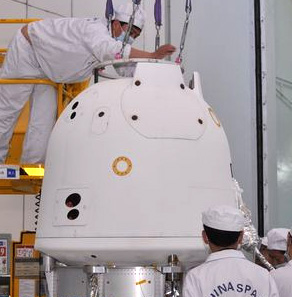 Chang'e 5-T1 is a Chinese precursor mission for the Chang'e 5 lunar sample return mission. It is to validate the technology for the reentry vehicle.

Chang'e 5-T1 consists of a Chang'e 2 type spacecraft featuring the Chang'e 5 return capsule. It was launched by a CZ-3C/G2 rocket into type lunar free-return orbit and loop behind the Moon once to test the high speed atmospheric reentry of a capsule returning from the moon.

The capsule also carries experiments to expose bacteria and plants to the radiation environment beyond the low earth orbit. The return capsule was inofficially nicknamed "Xiaofei" in some media.

The launch took place on 23 October 2014 with the planned landing nine days later at Inner Mongolia on 31 October 2014. The bus performed a divert maneuver to avoid re-entry and to put it on the way to the Earth-Moon L2 (EML2) point, where it remained until 4 January 2015, when it conducted a departure maneuver to leave EML2 and begin a transition into a Lunar Orbit. It arrived on 11 January 2015 in a 200 km times; 5300 km lunar orbit. The probe will lower its orbit to about 100 km to perform two Virtual Target Rendezvous exercises to demonstrate the Autonomous Lunar Orbit Rendezvous for the Chang'e-5 mission in February and March 2015. Then it will conduct imaging operations of the target landing zone for Chang'e-5 which has not yet been disclosed.

The orbiter was still active in early 2018.