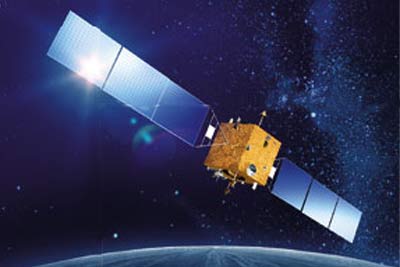 Chang'e 1 is Chin'as first lunar orbiter project. The probe is based on the DFH-3A Comsat Bus and mapped the lunar surface with a resolution of 120 meter to get three-dimensional images. The mission also analyzed the content and distribution of minerals on the lunar surface, measured the density of lunar soil and explored the lunar space environment.

The probe was launched into an earth orbit and raised the apogee by its own engine until it reached lunar distance to insert itself into a 213 km × 1700 km lunar orbit. Chang'e 1 the lowered the orbit into a 200 km circular orbit.

Chang'e 2 was originally built as the back up to Chang'e 1, but will be outfitted with improved instruments for a launch in 2010, see under Chang'e 2.