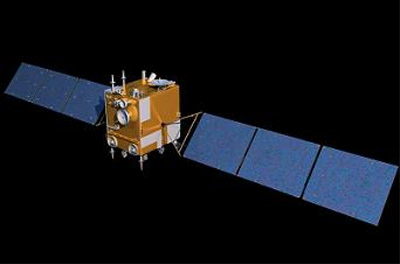 Chang'e 2 is China's second lunar orbiter project. Chang'e 2 was originally built as the back up to Chang'e 1, but was outfitted with improved instruments for a launch in 2010.

Chang'e 2 features cameras with an improved resolution of 10 meter at 100 km altitude and 1.5 meter at 15 km altitude. Gamma-ray and x-ray spectroscopy is employed to study the content of the lunar surface.

Chang'e 2 had finished its mission in lunar orbit on 1. April 2011. On 9. June 2011, Chang'e 2 left lunar orbit and entered a course to the Sun-Earth Lagrangian Point L2 for engineering tests.