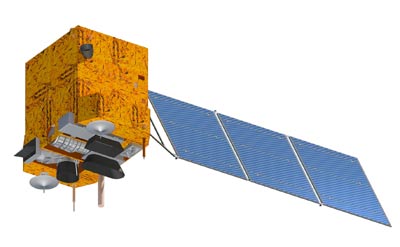 Due to the success of CBERS-1 and 2, the two governments decided, in November 2002, to give continuity to the CBERS program by signing a new agreement for the development and launch of two more satellites, CBERS-3 and 4. They are operated jointly by the China Centre for Resources Satellite Data and Application (CRESDA) and the Brazilian INPE (Instituto Nacional de Pesquisas Espaciais, National Institute of Space Research). A contract for a third satellite, CBERS 4A, was signed in April 2015.

Brazilian participation in this program will be enlarged up to 50%, thus taking Brazil to a condition of equality with its partner. CBERS-3 launch was originally slated for 2008, but has been delayed to 2012.

CBERS-3 and 4 satellites represent an evolution of CBERS-1 and -2. Four cameras will be present in the payload module, with improved geometrical and radiometric performance.

The orbits of the two satellites will be the same as for CBERS-1 and 2.