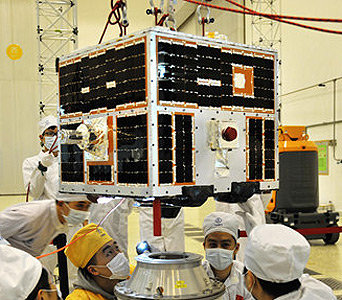 The satellite was built by DFH Satellite Co. for Zhongshan Daxue (Sun Yat-sen University) and Huahzhong U. of Science and Technology. It features a 490 mm × 499 mm × 430 mm cubic body with body mounted solar cells and a mass of approximately 35 kg mass. The payload is a VHF CW Telemetry Beacon, a U/V Mode 20 kHz Linear Transponder and an atmospheric wind detector. It features a three-axis stabilization system.

The satellite was originally to be launched on the first sea launch of a CZ-11H rocket, but was not on board. It was eventually launched in December 2019 on a CZ-4B.