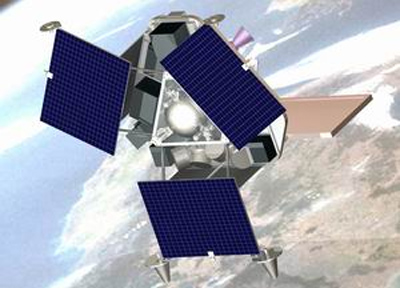 Zond-PP or MKA-PN 1 is a microsatellite designed to study the characteristics of the earth's surface by using a L-band UHF panoramic radiometer and is aimed at mapping of soil moisture and water salinity waters, and study the land-ocean-atmosphere energy system. The results will be used for forecasting changes in the environment and climate.

Additionally a multi-spectral camera (Pribor EK) was installed onboard as a secondary payload.

In June 2013, after about 10 months in space, the satellite malfunctioned, apparently due to a computer problem. The mission is likely lost.