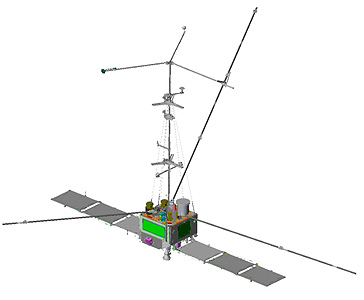 Strannik or MKA-PN 4 is a Russian microsatellite to conduct investigations of the magnetospheric multi-scale plasma turbulence.

The mission objectives of the Strannik satellite are:

Strannik was to be based on Lavochkin's Karat microsatellite bus as a modification of the Rezonans spacecraft, but was cancelled with the Karat program in March 2014. In November 2014, the development of Strannik was restarted. It will now use the larger improved Karat-200 bus and feature a liquid propulsion system.

The planned instrument suite consists of:

The mission is either to be launched as a piggy-back payload on a Soyuz Fregat launch or as a dedicated payload on a small launcher like Dnepr, Rokot-KM or Start.