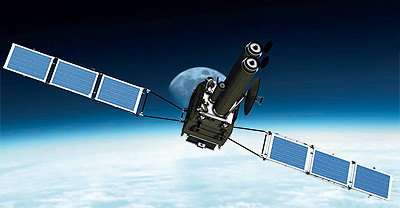 Arka or MKA-PN 5 is a Russian microsatellite solar observatory.

Arka features a pair of solar telescopes with super-high angular resolution reaching around 100 kilometers. One instrument would be developed in Russia by Lebedev Physics Institute, FIAN, IFM in Novgorod and IKI in Moscow. Another instrument could be supplied by an US institute.

Arka was to be based on Lavochkin's Karat microsatellite bus, but was cancelled with the Karat program in March 2014. In October 2016, Arka was redesigned with Lavochkin's Karat-200 platform.

Arka is now planned for a launch in 2024 on either Proton-M Briz-M or Soyuz Fregat rockets into a high altitude shadowless Earth orbit.