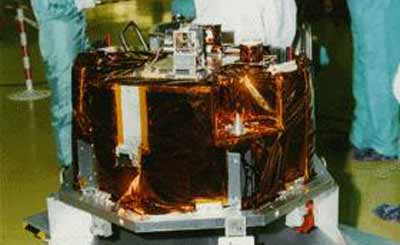 Delta-Utec is the initiator of the YES (Young Engineer's Satellite), a satellite full of experimental technology for space applications, built at record low cost in extremely short time by young engineers and students. It was proposed October 1996 at the IAF in Beijing and then supported in writing by e.g. Arthur C. Clarke.

1 Year later YES had already been launched on the Ariane-5G (L-502) qualification flight as a part of the ESA/ESTEC scientific payload TEAMSAT. In an extremely short time-frame over 40 young engineers and students from 10 European countries have built a satellite with the help from experienced ESA people.

YES featured a number of student built experiments: Among others a GPS receiver and a 70 km tether experiment. Unfortunately, the tether experiment had to be deactivated before launch, due to analysis by space debris experts of the risks generated by the tether to other spacecraft during its estimated lifetime in geo-transfer orbit.