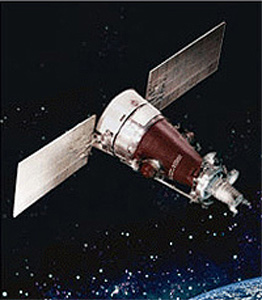 The Russian Yantar-4K2M or Kobalt-M series is the final development of the film-return variant of the Yantar reconnaissance satellite series.

These satellites were developed by TsSKB Progress, Samara, and were built at OAO Arsenal, St Petersburg. Like their Yantar-4K2 (Kobalt) predecessors, they consisted of a service module with reignitable propulsion and two solar arrays, a large conical reentry vehicle with the camera and two small spherical reentry vehicles (SpK, Spuskayemaya Kapsula). The launch mass was about 6700 kg. The orbital life time was up to 130 days. Reportedly the ground resolution was about 0.3 m.

The satellites were launched by Soyuz-U from Plesetsk, typically into a 170 km by 370 km orbit with inclinations between 62.8° and 67.2°. For the last two launches the launch vehicle was replaced by a Soyuz-2-1a, as the former Soyuz-U could no longer be launched from Plesetsk. The satellite could maneuver to inspect areas of interest. Film was returned in the two small capsules and at the end of the mission in the main capsule. The typical landing area was near Orenburg. Mission durations were from 76 to 130 days. The return capsules could be reused up to three times.