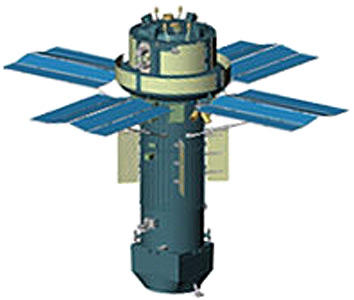 Persona features a LOMO-built optical system called 17V321 developed from the system used on the Araks-N (Arkon) satellite. The imaging payload was based on one originally designed for the Sapfir-V high orbit imaging satellite project, which featured an 1.5 m primary mirror. After Sapfir-V was cancelled, components for three payloads were transferred to Persona.

The imaging payload is mounted to a TsSKB Progress built Resurs-DK1/Yantar-derived or to a new service module. An illustration published in a Russian military document in context of the Persona satellite shows a satellite with a new service module and cruciform solar arrays, although it is not confirmed, that it in fact shows Persona.

The first Persona satellite (Kosmos 2441) was launched in July 2008 on a Soyuz-2-1b rocket from Plesetsk. It was the first Russian (incl. Soviet) optical reconnaissance satellite operating from a sun-synchronous orbit. Kosmos 2441 reportedly malfunctioned in February 2009 due to an failure in electronic components.

The second Persona satellite (Kosmos 2486) was successfully launched in June 2013. Reportedly it was delayed, as parts of the second satellite have been cannibalized for the Resurs-P 1 satellite. Reportedly this spacecraft also failed after a short time in orbit, necessitating to bring back the older film-return Kobalt-M satellites into service to bridge the gap. Reportedly about half of the memory capacity of the on board computer has failed. In 2014, the satellite was reactivated and a new software was upload to provide a workaround to the crippled memory. The satellite provide imagery during the Ukraine conflict.

A third satellite (Kosmos 2506) was launched in June 2015. Reportedly it features a Laser communications terminal for data transfer via the Luch 5B and Luch/Olimp-K relay satellites.

Due to the availability of only three Sapfir-V imaging payloads, Persona will after the third mission be replaced by the new developed Razdan series of imaging satellites.