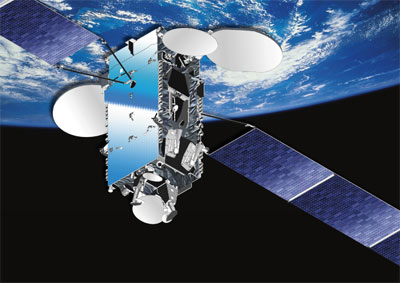 In February 2009 Gazprom Space Systems ordered two Yamal-400 communications satellites from Thales Alenia Space. The satellites named Yamal 401 and Yamal 402 will be based on the Spacebus-4000C3 bus and are planned to be launched in 2011. According to the signed document Thales Alenia Space, as the prime contractor, will be responsible for design, manufacture, testing and turnkey delivery of Yamal-401 and Yamal-402 satellites as well as for the associated ground segment deployment. Originally planned to be launched on Ariane-5ECA vehicles, the satellites have now been transferred to Proton-M Briz-M rockets.

Yamal-400 satellites will have guaranteed lifetime of 15 years. Yamal-401 will be placed at 90 E orbital slot and will be equipped with 36 Ku-band and 17 C-band transponders providing for the coverage zone over the whole Russian and CIS territory.

Yamal-401 has been cancelled in favour of a satellite also named Yamal-401 built by ISS Reshetnev as a prime contractor and Tahles Alenia providing the payload.