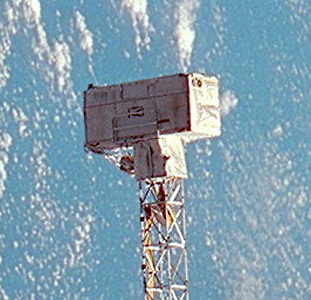 The VDU thruster units were self-contained modules to enhance attitude control of the space station Mir.

The VDU blocks were mounted on the Sofor girder on the Kvant 1 module to faciliate more effective roll control than using the thrusters on Mir's central core block. Using this off-axis thruster block resulted in a 85% saving of fuel. The 700 kg VDU was a 2.2 m oblong box containig the fuel and 11D428A-10 thrusters.