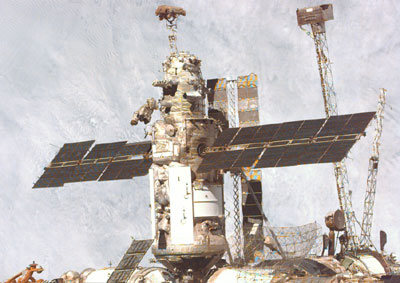 Kvant 2, the first of two expansion modules planned to enlarge the Mir space station complex, arrived at the station on 6 December 1989. The three-section addition, originally called Module D, was launched from Tyuratam on November 26, via a three-stage Proton-K booster. It was originally scheduled to dock on December 2, but was delayed by technical problems. The new module successfully docked at Mir's front axial port. Two days later, a Liappa docking arm re-docked the module at the upper radial port.