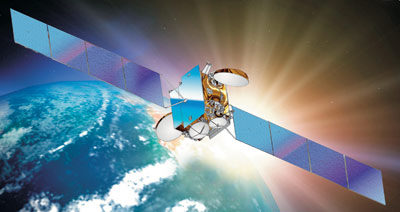 Thaicom-3 is a three-axis stabilized spacecraft with a payload capacity of 25 C-Band and 14 Ku-Band transponders. Global beam coverage on Thaicom-3 spans over four continents and can service users in Asia, Europe, Australia, and Africa. The high-powered Ku-Band transponders, with both spot and steerable beams, are ideally suited to Digital DTH services for Thailand and other countries in the region.

The Thaicom-3 satellite experienced an anomaly in its power system in 2003. This has caused temporary outages in some of the customers' services. Reportedly, the root cause of the failure is a short circuit in the solar array drive mechanism. These problems will force an early retirement of the spacecraft, which will be replaced in 2006 by Thaicom-5. It was retired on 2 October 2006.

Thaicom-4 was ordered, but later sold to Agrani as Agrani 2. After Agrani cancelled the purchase of Agrani 2, it was reordered as Thaicom-5 in June 2005. The contract covers the on ground delivery of the satellite, the launch campaign, the support of LEOP (Launch and Early Orbit Phase) and IOT (In Orbit Test). It is dedicated to replace Thaicom 1 and Thaicom 2, which are due to be retired in 2008 and 2009 respectively. It will support Shin Sat satellite operation at 78.5°E and will allow the operator to expand its Ku-Band channels offering over Thailand as well as in the neighbouring countries. It will provide high quality, broadcasting, telecommunication and broadband services. With a launch mass of around 2.8 tons, a power of around 5 kW (end of life), it will be equipped with 14 Ku-Band transponders and 24 C-Band transponders. Thaicom-5 will be integrated and assembled in the Alcatel Space clean rooms in Cannes for a delivery scheduled the second quarter of 2006.

In February 2019 it was announced, that the near eand-of-life Thaicom-5 may be prolonged using an Effective Space Space Drone servicing vehicle.