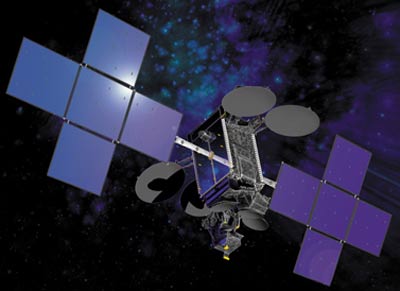 iPStar-1 (Thaicom 4) is a high-powered geostationary satellite to be used for broadband communications applications by Shin Satellite Plc. of Thailand. iPSTAR-1 will provide direct-to-desktop, last-mile services, including new multimedia and data services to customers in Asia, India, and Australia.

Thaicom announced in late May 2011 a major new contract with Malaysias MEASAT satellite operator for capacity aboard the Thaicom 4/IPStar Ku-band consumer broadband satellite. Financial details were not disclosed for the 10-year contract, under which MEASAT will purchase access to seven IPStar spot beams delivering a total of 3.3 gigabits per second of throughput, which Thaicom said is seven percent of the satellites total capacity. The bandwidth will be marketed in Malaysia as MEASAT 5. China's Synertone Communications Corporation in 2013 acquired iPStar 1 coverage for China including Hongkong and Macau and renamed this Capacity as Synertone 1