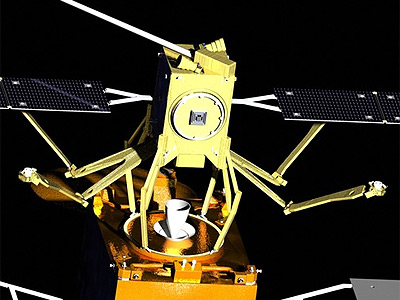 Space Drone is a 400 kilogram spacecraft designed to dock with existing satellites that are running low on fuel but are otherwise operational. The spacecraft, launched as a secondary payload, uses electric propulsion to maneuver to its target satellite, attaching to the satellites launch vehicle interface ring via four robotic arms. The Space Drone then takes over the maneuvering of the satellite, either for long-term operations or short-term activities, such as moving the satellite into a graveyard orbit at the end of the satellites life. The Space Drones feature four ion-electric thrusters per satellite on long deployable appendices for orbit-raising and stationkeeping.

In March 2018 the company signed a contract over the launch of two of its Space Drone satellite life extension vehicles as secondary payloads on a Proton-M Briz-M (Ph.4) in 2020, which will deliver them directly into geostationary orbit.

Effective Space Solution was acquired in 2020 by Astroscale U.S. Inc. The Space Drone will evolve into an Astroscale servicing platform, which will be integrated in the United States.