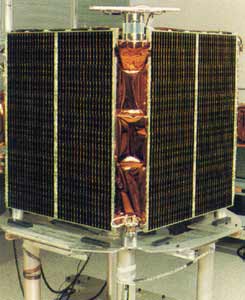 Designed for a one-year demonstration with a government-supplied payload, DARPASAT incorporated and validated several new technologies. The design lifetime goal for DARPASAT was three years; however, the satellite surpassed that goal by five years due to careful management of battery life and thermal loads. DARPASAT met and exceeded all operational performance requirements and program objectives, including the use of a minimum support structure, low cost, rapid launch, and demonstration of advanced technology. Government offices have recognized DARPASAT's contribution to future operational defense and warfighter efforts.

There are unconfirmed reports, that DARPASAT carried a SIGINT payload named Carrie.