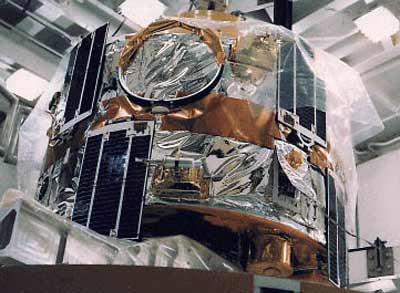 Solrad 11 (also known as Solrad-Hi) was a series of three identical satellites (only 2 were launched) that were placed in a circular equatorial orbit of 20 earth radii. The satellites, which were oriented towards the sun, provided 100 percent real-time, continuous monitoring of solar X-ray, UV, and energetic particle emissions.

Both satellites contained a solid kick motor to raise apogee and perigee from the geostationary orbit, where they were dropped off to the operational high circular orbit. After these orbit raising maneuvers, the Solrad satellites separated from each other.

Originally it was planned, that these satellites would be replaced by similar three-satellite constellations launched at 2 year intervals thereafter. No follow-up missions happened.