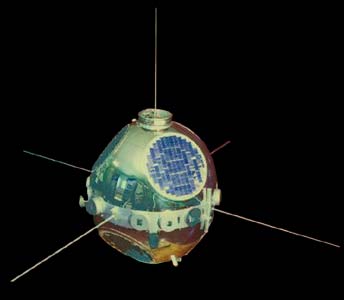 The NRL Solrad 8 (or Explorer 30, SE A) satellite was one of the Solrad series that began in 1960 to provide continuous coverage of solar radiation with a set of standard photometers. Solrad 8 was a spin-stabilized satellite oriented with its spin axis perpendicular to the sun-satellite line so that the 14 solar X-ray and ultraviolet photometers pointing radially outward from its equatorial belt viewed the sun with each revolution. Data were transmitted in real time by means of an FM/AM telemetry system and were recorded by the stations on the STADAN tracking network.