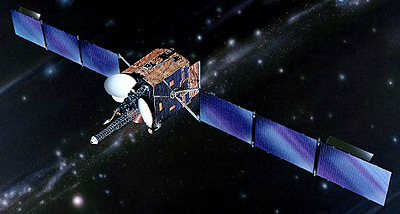 Skynet 4 was the third generation of UK Ministry of Defense communications satellites. They provided jam-proof communications service between fixed and mobile land and sea-based ground stations. The payload housed one four-channel SHF transponder and one two-channel UHF transponder. An EHF transponder was available for propagation experiments on Skynet 4A. Built by British Aerospace, the satellite measured 2.1 m by 1.4 m. Solar arrays spanning 16m provided 1,200 W of power.