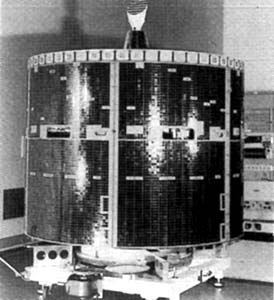 The Skynet 2 satellites were built by Marconi Space and Defence Systems with assistance from Philco-Ford. They were spin-stablised and massed 240 kg. Skynet 2 used two communications channels, one at 20 MHz and the other at 2 MHz.

Skynet 2A was lost in an unsuccessful launch attempt in January, 1974. However, the spin-stabilized, 240 kg Skynet 2B was successfully orbited in November, 1974. Remarkably, Skynet 2B was still operating 20 years after it was launched.