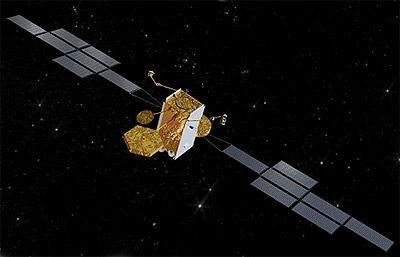 The Skynet 6A gap-filler military communications satellite built by Airbus Defence and Space to cover the gap between the Britisch Skynet-5 network and its successor.

Skynet 6A was solesourced from Airbus Defence and Space in 2017, but was not fully funded until July 2020. Aibus will build the Skynet-6A satellite in the United Kingdom and arrange a 2025 launch. RAL Space, a U.K. national laboratory, will test the all-electric satellite at its facility in Harwell. Skynet-6A, based on the Eurostar-Neo platform, is expected to provide communications services for the British military until at least 2040.

The U.K. has not yet decided on a successor to its Skynet-5 network, which consists of four X-band and Ultra-High-Frequency geostationary satellites. Airbus manages the Skynet-5 network, but its contract expires in 2022. Britains Ministry of Defence has been evaluating new technologies such as very high throughput satellites and low-Earth-orbit megaconstellations as it prepares an architecture for the Skynet-5 successor.