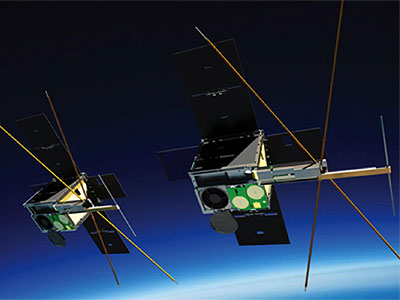 RAAF M2 is an Australian mission consisting of two 6U (2×2×1.5U) CubeSats designed and built by University of New South Wales for the Australian Defence Force Academy, Royal Australian Air Force.

M2 satellite builds on the work of the M2 Pathfinder and will be used for maritime surveillance as well as building block demonstrations of various sensors, communications and on-board processing. This particular satellite will be launched as a 12U CubeSat and split into two in orbit, and demonstrate formation flying technologies as well. These satellites have re-programmable software defined radios on board and can change their purpose mid-mission, greatly improving their functional capabilities for multiple uses by Defence and civilian users alike.

The satellites were launched in March 2021 on a shared Electron Photon-LEO launch. On 11 September 2021 the satellites seperated from each other in orbit.