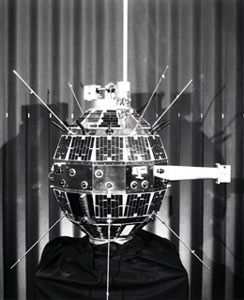 Poppy 7 had been modified to improve collection of ABM radar signals. This required equipment better able to detect the signals, more overlap in the suspected ABM frequency ranges, and upgrades to the ground system and recorders to improve quality. The satellites of the last two launches of this series added ocean surveillance to their tasks and became prototypes for the later NOSS satellites.

The Poppy Program operated from December 1962 through August 1977 using satellites of three configurations: 20 in series, a 24 in series and a multifaceted series. A total of seven Poppy satellites launches were conducted, with two satellites of the earlier Grab series having also been renamed to Poppy. Each launch consisted of up to four Poppy satellites and a number of secondary satellites. Poppy's average useful life on orbit was 34 months. At the time of the last mission, the mission live was nealy 6 years. Poppy 9 was launched on 14 December 1971 and operated until August 1977.

The third generation of Poppy satellites used an enlarged 27 in (68 cm) diameter satellite structure with a length of 81 – 86 cm. It featured a multifaceted surface covered with solar cells for increased power. The satellites used 2- or 3-axis gravity gradient stabilization and ammonia microthrusters for station keeping in order to maintain the orbital configuration of the Poppy constellation.

The Poppy satellites were succeeded by the NOSS-1 (Parcae, White Cloud) ELINT triplets, which were dedicated to ocean surveillance.