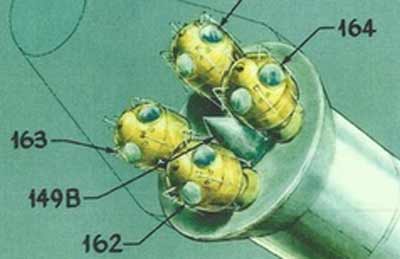 SOICAL was also known as S69-4 in the STP program. Two SOICAL satellites were on this launch: one in shape of a cylinder (SOICAL Cylinder), the other in the shape of a cone.

SOICAl Cone was a 55.9 cm diameter right circular cone 66 cm long. It was deployed from the center position of the Agena-D upper stage.