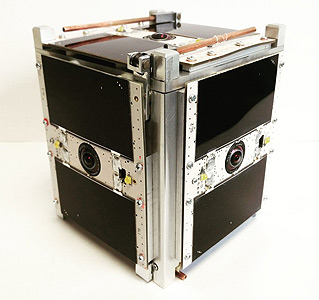 PICS (Passive Inspection CubeSat) is a technology demonstration mission of a spacecraft capable of performing inspection, maintenance and assembly on another spacecraft. It is developed by the Brigham Young University, Provo, Utah.

PICS consists of two 1U CubeSats. It will demonstrate ultrafast booting and power-up operation of system electronics and the low-risk inspection of the exterior of a spacecraft by a passive, flyaway probe. The two flight systems deployed simultaneously will enable the collection of image data from each other as well as the parent spacecraft.

PICS was selected in 2016 by NASA's CubeSat Launch Initiative (CSLI) to be launched as part of the ELaNa program. They will be launched on the ELaNa-20 mission on a dedicated LauncherOne.