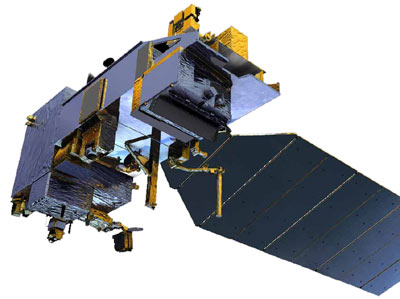 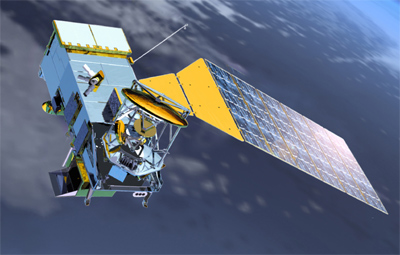 The National Polar-orbiting Operational Environmental Satellite System (NPOESS) will converge existing polar-orbiting satellite systems under a single national program. Polar-orbiting satellites observe Earth from space. They collect and disseminate data on Earth's weather, atmosphere, oceans, land, and near-space environment. The polar orbiters are able to monitor the entire planet and provide data for long-range weather and climate forecasts. The program is managed by the tri-agency Integrated Program Office (IPO) utilizing personnel from the Department of Commerce, Department of Defense and NASA. The current NPOESS mandate extends to the year 2018. The satellites in the NPOESS are called NPOES (National Polar-orbiting Operational Environmental Satellite).

In addition to cost-effectiveness the National Polar-orbiting Operational Satellite System (NPOESS) increases the timeliness and accuracy of severe weather event forecasts. Advanced microwave imagery-sounding data products will lead to improved prediction of ocean surface wind speed and direction, a major factor in the phenomenon called weather. The knowledge obtained from NPOESS data reduces the potential loss of human life and property resulting from severe weather. An improved hurricane landfall forecast skill will save an estimated $1 million per mile of coastline that does not have to be evacuated. Support for general aviation, agriculture, and maritime activities aimed at improved early warnings will mitigate the devastating effects of floods through disaster planning and response. For the Military, NPOESS shifts the tactical and strategic focus from "coping with weather" to anticipating and exploiting atmospheric and space environmental conditions.

To achieve its mission NPOESS has undertaken a far-reaching program of sensor development and satellite transition and evolution to provide complete coverage of meteorological conditions for civil, military, and scientific purposes while cutting operational costs dramatically. Cost reductions are achieved by converging existing polar-orbiting programs from Department of Defense, Department of Commerce and NASA into a single system. NPOESS satellites in three orbital planes will replace the two-satellite DMSP constellation and the two-satellite POES (NOAA) constellation. The data will be processed into Raw Data Records (RDRs), Sensor Data Records (SDRs), and Environmental Data Records (EDRs) for use by a number of operational communities.

Instruments in the NPOESS are:

A design review in 2006 removed several climate instruments from the program: Removed from NPOESS were the Total Solar Irradiance Sensor (TSIS), the Earth Radiation Budget Sensor (ERBS), the Ocean Altimeter (ALT), and the Ozone Mapping and Profiler Suite Limb Subsystem (OMPS-Limb). The decision has since been made to fly OMPS-Limb on the NPOESS Preparatory Project (NPP) spacecraft set to launch in 2011. During the review, the number of NPOES satellites was also reduced from six to four. Concerns remain about possible continued problems with NPOESS' many sensors, particularly the Visible Infrared Imaging Radiometer Suite (VIIRS) and Cross-track Infrared Sounder (CrIS). Problems with the Raytheon-built VIIRS were a major contributor to NPOESS' cost growth, and CrIS experienced a structural failure during vibration testing last fall.

In February 2010 it was decided to stop the development of the NPOESS due to the massive cost overruns and tri-agency management problems. The afternoon satellites will be replaced by the JPSS (Joint Polar Satellite System) managed by NASA and NOAA, while the morning satellites will be provided by the military DWSS (Defense Weather Satellite System) system. As with the NOAA and DMSP series, the agencies will use a joint ground system.