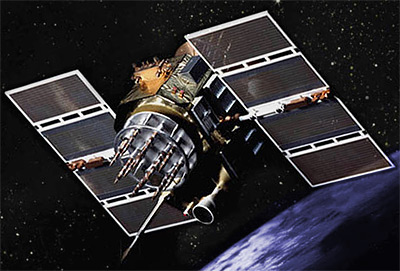 The Block II satellites were the first full scale operational GPS satellites. They were designed to provide 14 days of operation without contact from the control segment.

Rockwell was the prime contractor, building a single Block 2 SVN 12 qualification vehicle under a 1981amendment to the Block I contract. In 1983 Rockwell was awarded a contract to build 28 Block II/IIA satellites.