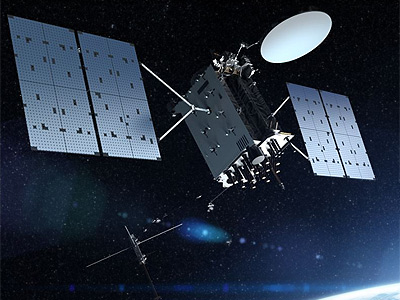 GPS-3F (Global Positioning System) or Navstar-3F (Navigation System using Timing And Ranging) are the second evolution stage of the third generation of the GPS satellites.

The U.S. Air Force announced in September 2018 that a team led by Lockheed Martin has won the competition to build the next-generation Global Positioning System (Navstar) Space System program, known as GPS IIIF.

The satellites will be based on Lockheed Martin's LM2100M bus. These satellites are redesigned to be servicable on orbit so they can be upgraded with new hardware on orbit.