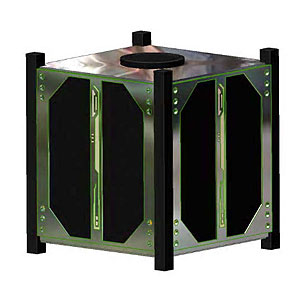 The NARSScube 1 mission goals are:

The satellite carries a small camera with a ground resolution of 100 meter to take snapshots for Egypt territories.

Originally a piggy-back launch on a Japanese H-2A-202 rocket with Planet C in 2010 was planned, but did not take place. In 2013, a launch on an Indian PSLV rocket was planned. In 2017, the project was restarted as NARSScube 1. The satellite was launched on board of HTV 8 to the ISS, where it was deployed on 20 November 2019.

A second identical satellite, NARSScube 2, was built. It was originally to launch on the Cygnus CRS-10 mission to the ISS, but was delayed due to licensing issues. It was launched on board of Dragon CRS-18 and transfered on the ISS to the SEOPS Slingshot deployer on Cygnus CRS-11. It was deployed on 8 August 2019 after Cygnus CRS-11 departing from the ISS.