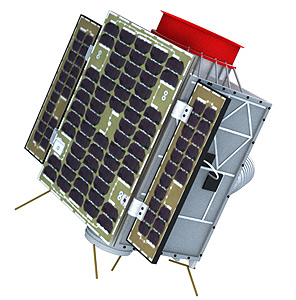 Smart Verification Satellite is self-developed and high-resolution commercial remote sensing satellite created by Chang Guang Satellite Technology Co., Ltd. On Oct. 7th, 2015, it successfully launched in Jiuquan Satellite Launch Base, and its current operation is in good condition. It mainly provides technical accumulation for the development of satellite technology. And currently, a variety of imaging technology and domestic high sensitivity CMOS chip verification has been achieved. The satellite carries an experimental imager with a ground resolution of 4.7 m. Additionally, it carries an amateur radio payload.

The four satellites were launched on a CZ-2D (2) rocket from China's Jiuquan space center.