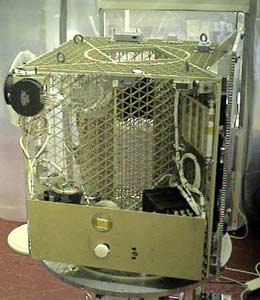 JAWSAT also supported two other experiments that remained attached to its MPA frame:

One Stop Satellite Solutions has developed a robust spaceframe to meet the demands for the small satellite industry, the Multi-Payload Adaptor Frame (MPA). The frame consists of six waterjet-cut aluminum isogrid pieces assembled in a "windmill" design. Termed a multi-payload adaptor, it can be quickly and easily proportioned for multiple applications and payloads.

The mission ended when the satellite's main battery failed in May 2000.